Skip to main content Skip to navigation
Posted by Blythe Howell | June 3, 2021
All graphs and figures were provided by the National Weather Service in Spokane.

Every Monday morning during the growing season Extension Agents across the state fill out a weekly Crop Progress Report where we rate a multitude of soil moisture, crop, and pasture conditions for NASS (National Agricultural Statistics Service). These data are used for many different things and one of them is comparing conditions over years. For wheat, the crop is rated as what percent is in Excellent, Good, Fair, Poor, and Very Poor condition.

The Condition Index is based on the following calculation:

The winter wheat Condition Index was near average up through the early part of May, but conditions have been dropping quickly and are currently the lowest it has been in the last twenty years at the end of May. The closest year to 2021 is 2014 and in that year the spring was a little below average at the WSU Wilke Farm, but soil moisture was very low coming into the spring. Winter wheat yields at the farm were well below average and ranged between 52-56 bu/acre in 2014. 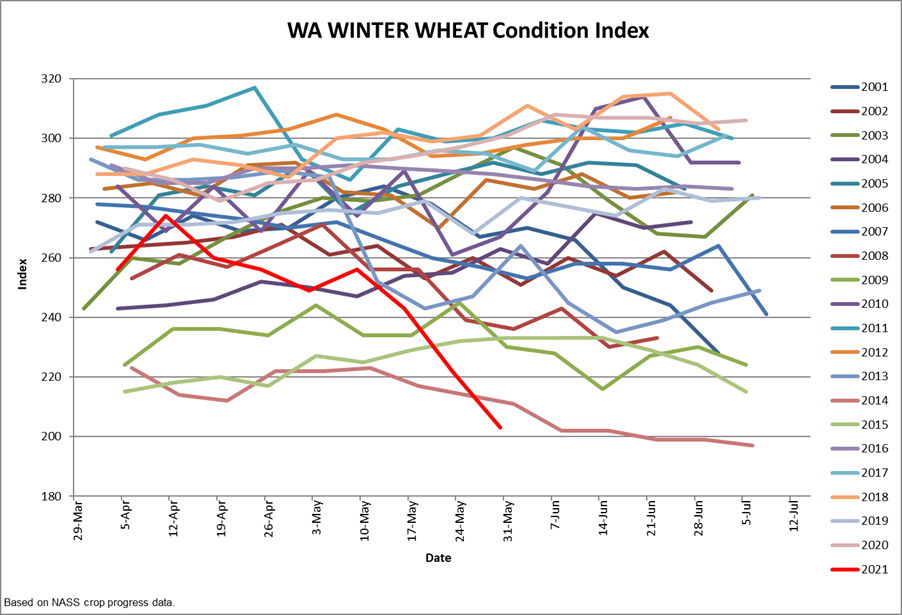 The spring wheat Condition Index started the year in uncharted territory and has dropped quickly. It is currently the lowest it has been in the last twenty years at the end of May. The closest year to 2021 is probably 2014 again. Spring wheat yield at WSU Wilke farm in 2014 was well below average and ranged between 20-23 bu/acre. Other years that ended low like 2015 and 2008 both produced similar yields at the farm. 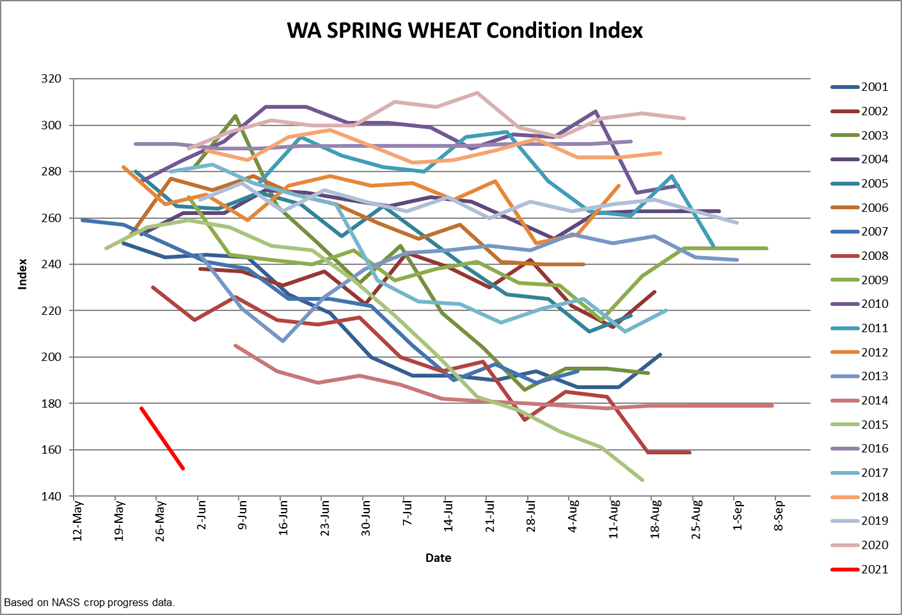 This figure shows the Washington Precipitation from February through May 2021 and a majority of eastern Washington has been the driest on record and the other parts are much below average. 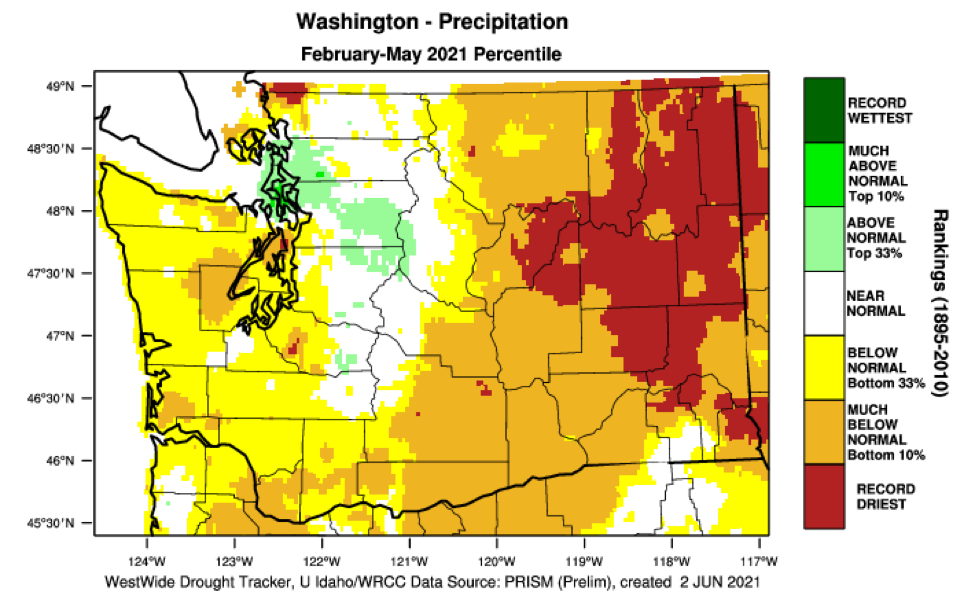 For questions or comments, contact Aaron Esser via email at aarons@wsu.edu.