Skip to main content Skip to navigation
Posted by Blythe Howell | August 5, 2021
Winter canola establishment has always been a challenge in Washington. Canola prefers to be seeded shallow (0.5-1.5”) and in good moisture. The dry summers of the inland Pacific Northwest that cause moisture to recede deeper into the soil profile can lead to poor germination and emergence. One strategy for improving stand establishment is to target early seeding dates. However, early seeding dates can increase the susceptibility of the canola to fall drought and winter kill. When considering later seeding dates, the challenge is to put the canola seed into moisture without going too deep.

The optimal seeding depth for canola is between 0.5-1.5” deep. However, in a dry year such as 2021, you may be forced to chase moisture when seeding your canola. Canola seeds must be placed in good moisture with good soil to seed contact for the seeds to imbibe water and germinate. Canola seeded to a depth of 2” in field trials has not suffered reductions in yield. However, seeding canola to a 2” depth has been shown to decrease stand density and increase the time from seeding to emergence. The increased emergence time may reduce the efficacy of seed treatments in protecting the seedlings from insect damage. Additionally, canola which emerges slowly will not compete as effectively with weed pressure. Anecdotally, canola has been shown to emerge from depths of up 2.5”, but there is not rigorous experimentation for depths greater than 2”.

In a project funded by the Washington State Oilseed Commission, WSU researchers are assessing the best management practices for early seeded winter canola. The treatments in this trial include planting date, seeding rate, and plant growth regulators. On July 15th, 2021 canola was seeded at a soil depth of 2” into good moisture and plants had begun emerging by July 26th, 2021 (figure 1). At the same location, additional canola was seeded at a depth of 2” into variable moisture conditions (figure 3). The third planting date will be near August 15th, 2021. The focus of this trial is to study the effects of seeding date on winter survival, but these results also illustrate the effect of a dry year on stand establishment.

Besides depth, drill type and packing intensity should be considered when chasing moisture with winter canola. In clayey soils, intense packing has been shown to reduce emergence. In fine-textured soils, packing has been shown to increase stand establishment through better seed to soil contact. Careful consideration should be given to both soil type and packing pressure when deciding on canola seeding depth. 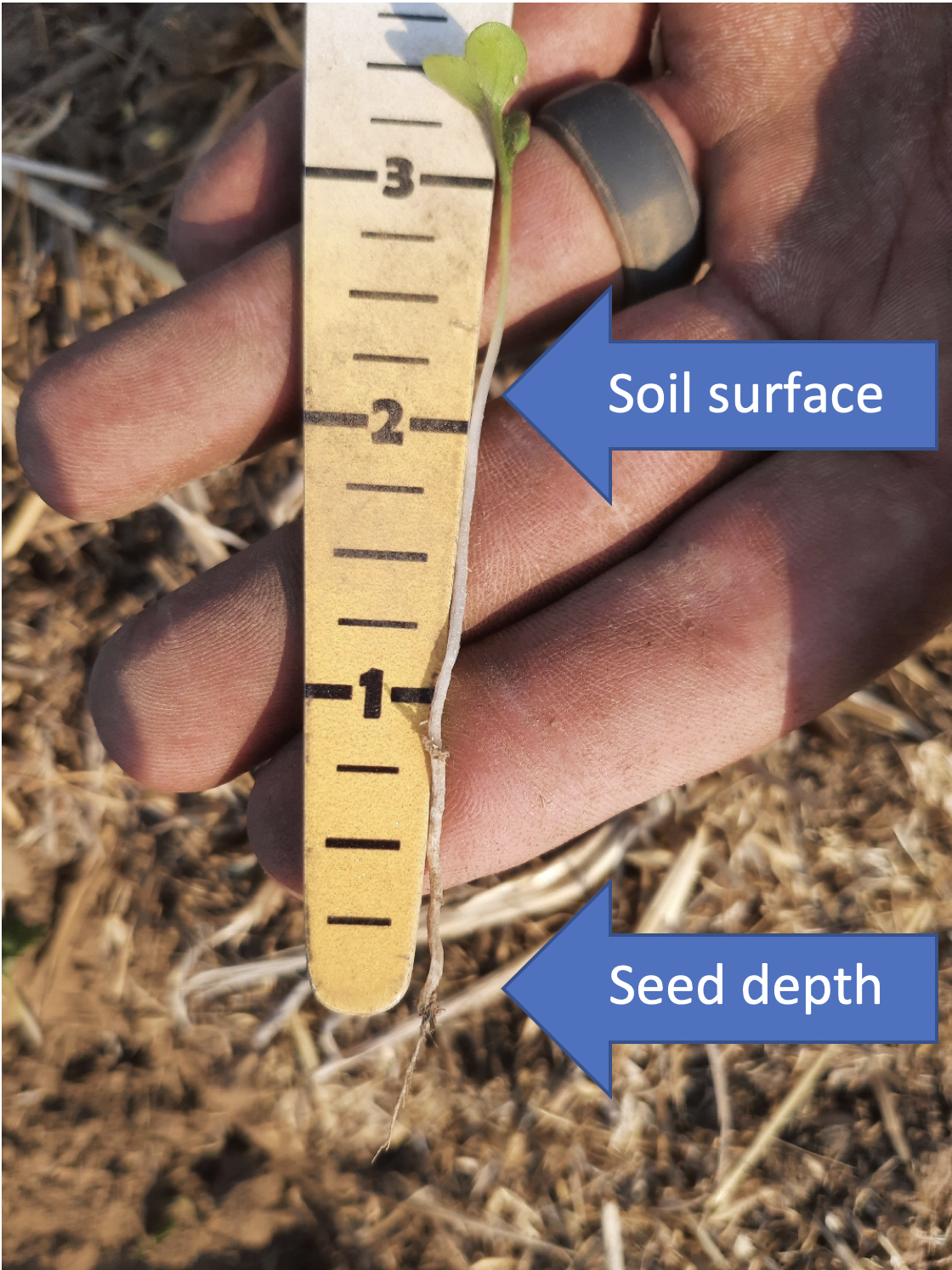 Figure 1: Canola seeded 7/15/2021 into good moisture near Davenport, WA. The seeds were placed 2” beneath the soil surface, but thick residue at this location means caused additional elongation. 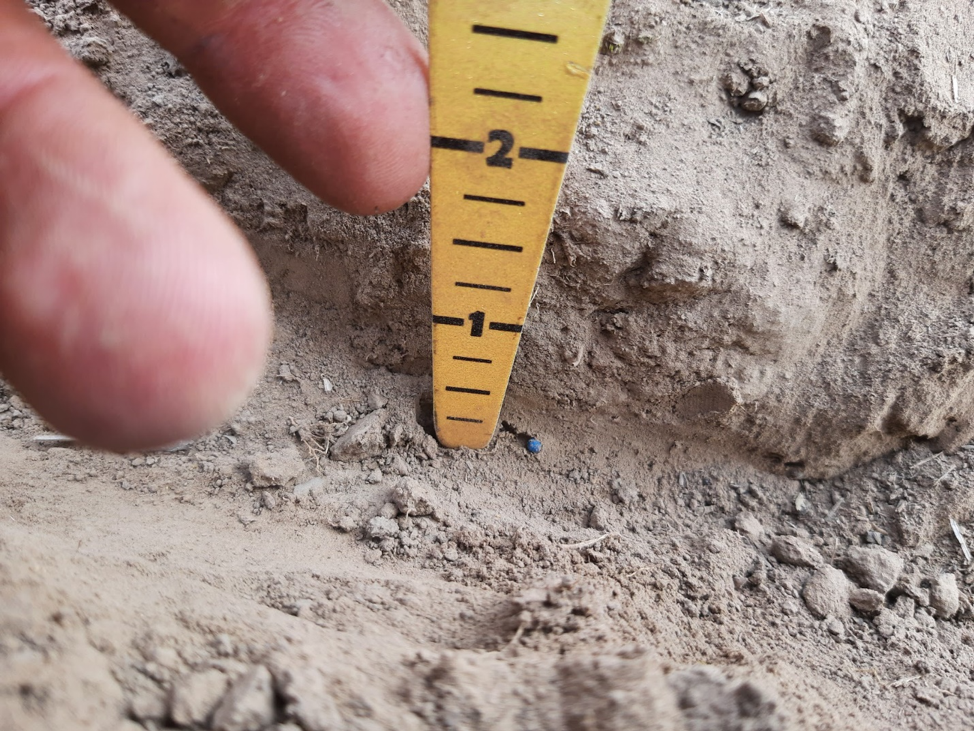