Summer fallow is a common strategy for producing winter wheat in the drier regions of the inland Pacific Northwest. Farmers have historically used summer fallow every third year in the intermediate rainfall zone of the inland Pacific Northwest, where mean annual rainfall is typically 12-18 inches and winter wheat–spring wheat–fallow is a common crop rotation. Fallowing is frequently used to conserve soil moisture and build soil nitrogen to support winter wheat yields the following year.

At the same time, there is growing interest among farmers in planting a diverse cover crop for forage rather than leaving fields fallow. Covered soil reduces risk of erosion, which depletes organic matter and topsoil but also raises concerns about soil water content and nitrogen availability for subsequent winter wheat crops. In response, University of Idaho researchers with the Landscapes in Transition (LIT) project have been investigating the advantages and challenges of fallow replacement to address increasingly variable climate conditions and to build resiliency into regional farming systems. 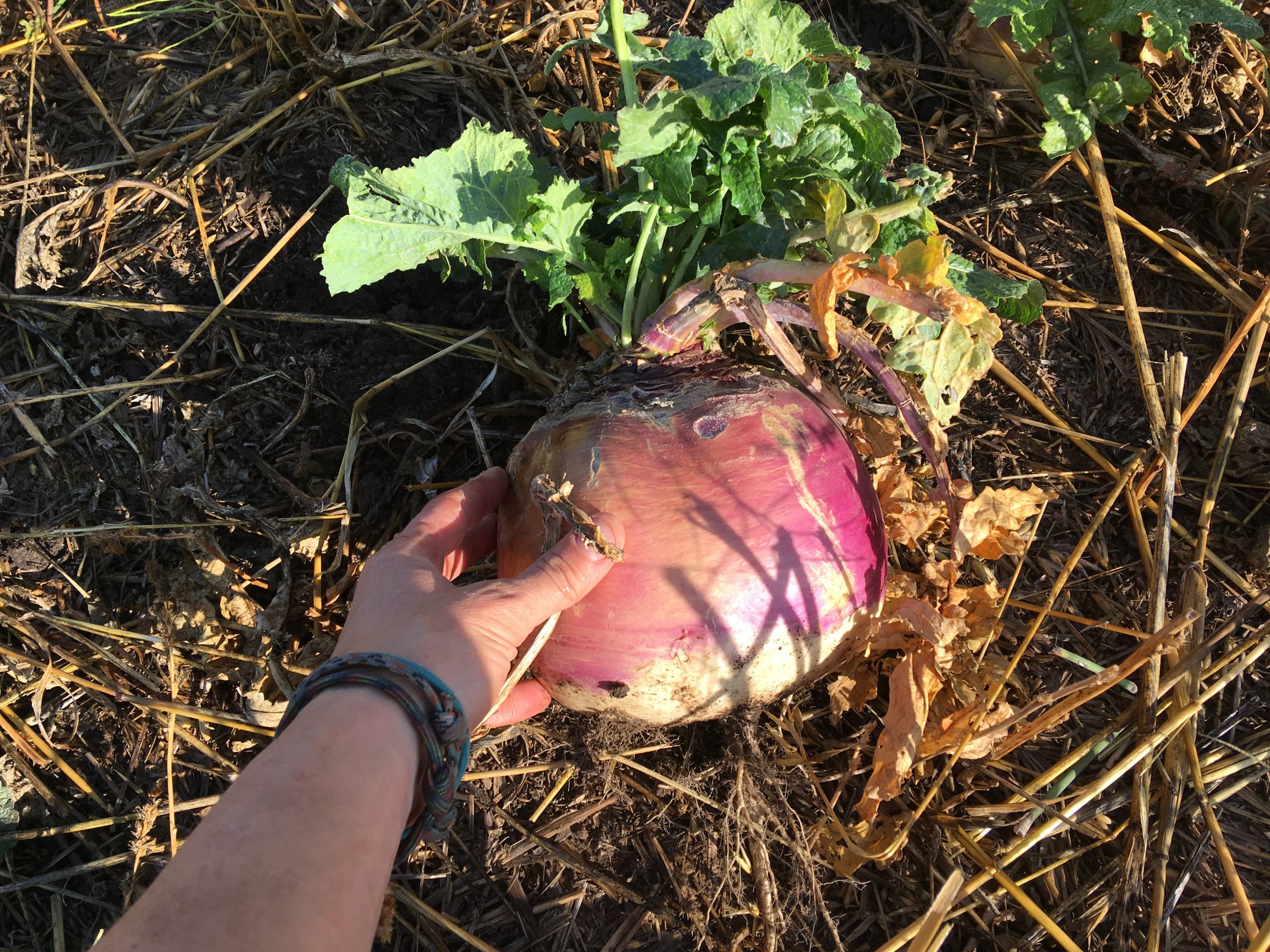 The LIT project found that the fallow plots lost roughly 4-6 inches of water by evaporation and deep leaching below the root zone. In contrast, a forage crop would ‘consume’ between 5-10 inches of water (2-4 inches more than fallow), converting this water to 1-2 ton/acre of biomass. Even though forage crops use more water than summer fallow, the soil profile often recharged similarly over winter so that soil moisture levels were similar by March for both fallow and forage crop approaches.

Despite similar soil water recharge, subsequent winter wheat yields experienced a 20% decrease following forage crops in a growing season with a dry spring but no difference in yield during a wet spring. Modeling studies suggest that roughly half the time (5 out of 10 years) wheat yields will suffer no significant yield reduction following forage crop rotations. During the years with yield reductions, terminating the forage crop earlier in the growing season by two to four weeks would essentially eliminate winter wheat yield loss. This suggests that growers can use termination date as a water management strategy and could potentially decide when to terminate the crop based on the amount of rainfall and soil moisture levels in any particular year. Moving the termination date earlier in the season will store more water, though produce less biomass and consequently reduce forage revenue and the amount of organic matter being added back to the soil to benefit soil health.

Cover cropping also shapes nutrient cycling. Plant residue and roots from the forage crop will decompose over time, potentially providing a greater supply of nutrients to crops when compared to summer fallow. LIT researchers began to see evidence of this shift in plant nutrition in the two cropping years following the forage crop. Measurements revealed that initial soil nitrogen (N) uptake in early spring (for example, April-May) was lower in winter wheat the first year following a forage crop. One potential explanation for this is that soil microbes can ‘tie up’ nutrients temporarily while significant decomposition is occurring. Then, by mid-summer winter wheat uptake of N was similar in both rotations and in the end yielded the same, suggesting the soil nitrogen supply ‘caught up’ in the forage crop rotation. This trend continued to the next year, where spring wheat grown in the second year after the forage crop outperformed the spring wheat crop that had followed fallow, producing greater biomass and with greater N uptake during the 2021 drought year. Although more research is necessary, it is possible that these forage crop rotations build resilience to extreme drought conditions.

Replacing fallow with a forage cover crop that is baled for hay or grazed by livestock, rather than as a true cover crop, has potential for increasing revenue, organic matter inputs, and soil nutrient supply. The added revenue from a forage crop in place of fallow distributes income across years, minimizing risk, which may be a helpful strategy with increasingly variable climate conditions. This research indicates the potential for forage cover crops in place of fallow to build resiliency into regional farming systems. Further research into the details of management (including nutrients, planting and termination timing) could improve their utility. 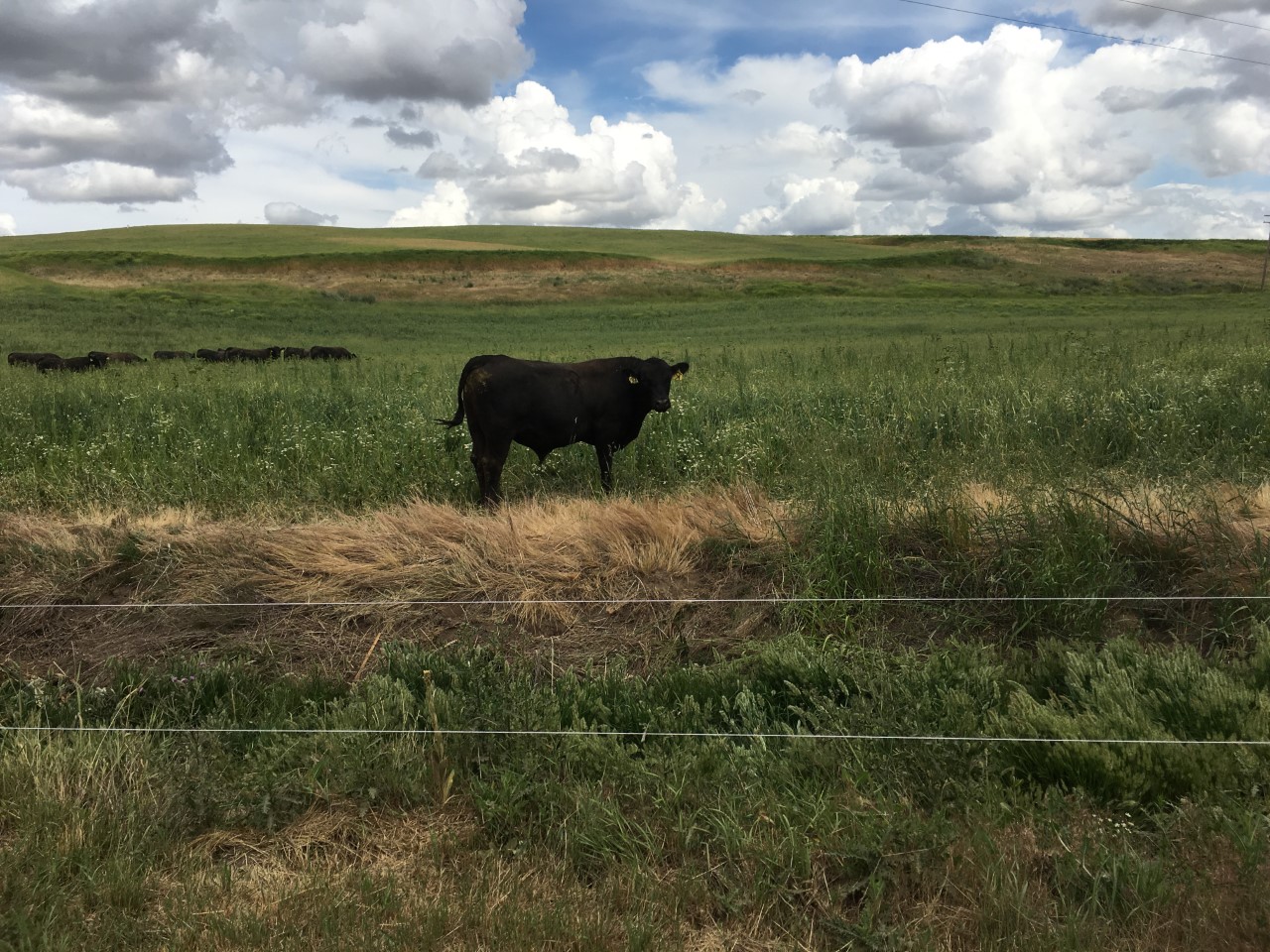 The work that resulted in this timely topic was funded by the U.S. Department of Agriculture National Institute of Food and Agriculture grant No. 2017-68002-26819, Inland Pacific Northwest Wheat-based Systems: Landscapes in Transition.